A leading developer has started work on the next stage of two industrial estates which will generate hundreds of new construction jobs. 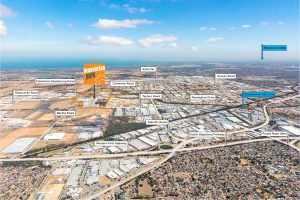 The Ingram Content Group business will occupy a 5000 square metre facility estimated to be worth about $9.5 million upon completion later this year.

About 600 sqm of the investment will be configured as offices.

The Tennessee headquartered company announced in 2010 it would establish in Australia, opening a facility in Scoresby a year later.

It operates in France and the United Kingdom, too. 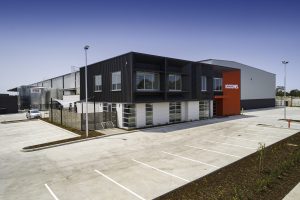 Pre-commitments back on a roll

At the south east corner of Frankston Dandenong and Colemans roads, the 74 hectare master-planned business park is about 31 kilometres south east of the city.

Dandenong South, along with neighbouring Dandenong, is arguably considered the most exclusive and valuable industrial pocket in which to rent or buy outside of Melbourne’s inner city.

A 21ha park was named in the suburb after the late businessman – on land the company had donated to the council years earlier at 43-67 National Drive.

Headquarters made to measure the way to beat the big-guns

With stock typically in prime locations – like Dandenong South – Pellicano competes with Australia and the world’s largest institutions for clients.

Mr Pellicano said exceeding occupier expectations – and holding a portfolio of high-quality properties – are amongst the reasons the Mount Waverley based business snares so many new ones.

“We pride ourselves on making sure each of our facilities is tailored to the client’s precise business needs – for example, Lightning Source’s space will be temperature and humidity controlled; a consideration which is essential for a publishing company,” Mr Pellicano added.

“In addition to our high standard of construction, Innovation Park’s proximity to Eastlink and Monash Freeway attracts clients like Lightning Source who rely on efficient linkages to greater Melbourne and interstate.

“One of Pellicano’s points of difference is the company’s philosophy of ‘win-win’ outcomes, which allows for a collaborative process whereby clients work closely with…representatives”.

It was this process that led Lightning Source to secure a customised facility suited to its needs, the landlord said.

Lightning Source managing director Dave Piper added the developer “was able to make decisions with us on the fly” which meant it “could get the perfectly tailored site that we needed to take the next step in our business”.