A new $37 million townhouse community is the latest addition to a continuing residential boom on Brisbane’s bayside. 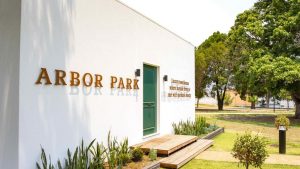 A NEW luxe $37 million townhouse community is the latest addition to a continuing residential boom on Brisbane’s bayside.

Arbor Park – a 67 townhouse project next to Wynnum Plaza on Wynnum Rd at Wynnum West – is one of the biggest developments in the past five years on the bayside and is the first by developers Pellicano and Arcone in the area with construction to start in early 2020.

The townhouse community is the latest of many residential developments on the bayside following the construction of more than five unit complexes in recent years and several more being approved by the Brisbane City Council in the past two months.

Pellicano operations manager Michael Kent said they identified Wynnum and Manly as a perfect spot for a development more than three years ago and believed the area was set for a major boom in the next five to 10 years. 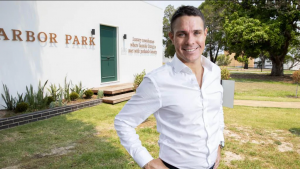 “Our research showed there was a change in demographic in the area,” he said.

“Usually the bayside has been known for an older demographic but we are seeing that start to change with more and more younger people as well as families living and working in the area.

“You have that research plus the lifestyle that living at the bayside gives you and it makes it a great spot for a development like this. Then this location on Wynnum Road became available through a State Government tender and we managed to get it.”

“It will obviously be great for business at the Wynnum Plaza as well as Wynnum West State School and other schools in the area as more families will come to live here,” he said.

“Not only will it be good to have a quality development like this here but it will also greatly benefit everything around it.”

Bucking the trend of unit complexes being built in Wynnum and Manly, Mr Kent said they decided to build a townhouse community instead because there was a need for it on the bayside. 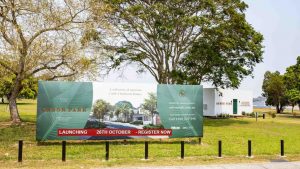 “The zoning actually allows for a unit complex up to five storeys but there are a lot of units around the area now but not many quality homes, so we thought there was a real need for it in the area,” he said.

Mr Kent also said the development would bring the opportunity of employment for baysiders with more than 50 people expected on site during the peak of construction.

More than 10 per cent of Arbor Park will be park land with the development to also feature children’s play equipment and shaded picnic tables.

More than 40 per cent of the properties at Arbor Park have already been sold with the development scheduled to be complete by June 2021.

The cheapest townhouse the new Arbor Park will cost you $479,000.