Supersized industrial leasing deals are being inked at record rates as tenants show their willingness to enter up-front space commitments for new premises that can be tailored to their requirements. 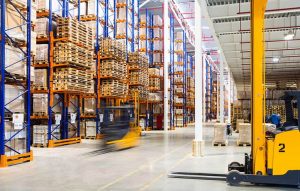 In Melbourne, landlord Pellicano Group has secured a $33 million deal with Fantech Group over 34,500 square meters of land and 20,000 sq m of warehouse/office space at its 74-hectare Innovation Park in Dandenong South.

The signing is the biggest for Pellicano since global behemoth Amazon opened its first Australian site at Pellicano’s nearby M2 Industry Park in 2017.

At the group’s M1 Industry Park, also in Dandenong, Gold Tiger Logistics Solutions has signed up for an 8381 sq m warehouse and office space, “allowing the logistics company to access to main arterials that it needs to perform its domestic transport integrated logistics and line hauling.”

Handled by Colliers’ Hugh Gilbert and David Follacchio, the $30 million deal involved surrendering at Nippon Express’s existing smaller existing sites at Tullamarine and Truganina and also securing a sublease at a nearby temporary facility.

Despite the size of the deal, Mr Gilbert says it was not an “outlier” given the pace of recent logistics activity.

According to Colliers, Melbourne industrial land values climbed an average 5.3 per cent over the 12 months to the end of September, to an average $595 sq m.

While outer eastern values were steady, prices in the west soared 19 per cent to $325 sq m.

In space-starved Sydney, demand from logistics operators pushed industrial land values up by 24 per cent in the 12 months to September, to $1261 sq m. However, the increase over the last six months was a more modest 3.9 per cent.

Sydney prime rentals over the 12 months increased by an average 8 per cent to $155 sq m, but in the past six months edged up 2.6 per cent.

The plateauing trends are in the context of a five-year bull period that Sydney’s industrial land values soar 85-215 per cent depending on the region, with Melbourne values climbing between 25 per cent and 105 per cent.

According to agent JLL, recent deals reflect the fundamental change in the industrial tenant mix over the past five years.

“In both Sydney and Melbourne a greater proportion of take-up is attributable to the retail trade than in the previous five years,” says JLL research director Annabel McFarlane.

“In both markets manufacturing accounts for a smaller proportion of stock but in the case of Sydney it is still the second largest contributor to space take-up.”

Colliers cites the influence of big-ticket infrastructure projects that will “significantly impact” the industrial market landscape.